I am writing from Myanmar, inside the hotel room assigned to me for quarantine.

Due to the current COVID-19 pandemic, every citizen returning from abroad has to go through three weeks’ mandatory quarantine in a hotel and one week of home quarantine.

The days in quarantine tend to blur with each other. You forget what time it is or what day of the week it is. As days go by (along with countless food deliveries and oversleeping), I have started to reminisce about my 10-month assignment in Pakistan.

Thinking about those times and the team brings a big smile to my face. It was such an extraordinary posting, albeit an emotional one. This blog is my gift to friends and family who are curious to know how it was living in Pakistan and to future MSFers coming to work in Pakistan for the first time.

Let’s begin with the background of two cities where I was assigned to work in the field of health promotion.

My position was called “Flying Health Promotion Manager”, which means I had to fly between two different projects, in Timergara and Karachi.

For the first two months, I was actually based in MSF’s coordination office in Islamabad. From there I worked on remote support for the health promotion team in MSF’s maternal and child health project in Timeragara, in the north of Pakistan.

In Islamabad, the cluster of buildings are divided into zones. In between the buildings, green trees and vegetation are sprinkled all over the city, making it the greenest in the country.

I arrived in September, the weather was very comfortable and quite relaxing. On weekends, I was either hiking with colleagues or busy exploring the F-9 park, where I would sit down and enjoy watching people play cricket. However, Islamabad being a new capital and administrative city, many of my colleagues keep saying that it is not as exciting as Karachi.

Karachi is the largest city in Pakistan and used to be the capital before Islamabad. I was not very impressed on my arrival as there are rickshaws, bikes, camels, donkeys, buses and trucks on the streets. Everything is congested, noisy, bustling and ever-growing in Karachi.

I could not help but compare it to Islamabad’s calm environment, green trees and mountains. But little did I expect that eight months in Karachi would become one of the most amazing periods of my life.

Machar Colony is an informal settlement in Karachi, home to around 120,000-150,000 migrants and refugees. Residents are diverse, including Bengalis, Burmis and Pashtos.

MSF has a hepatitis C project in the settlement, promoting an integrated and decentralised model of care, providing screening, diagnosis and treatment.

Arriving in Machar Colony, I saw donkey carts used to carry the water and other goods around the colony.

Every morning, I looked forward to passing by one street where I was usually greeted by a friendly cha cha (this means “uncle” in Urdu). Often he would wave and smile at us from his house.

Children playing nearby would also greet us every morning with a chorus of hellos, how are you? what is your name? They never remembered our names and greeted us the same way every morning, we loved it nonetheless.

The best part was when the children would gather around us and try to shake our hands. We missed this early morning ritual after the pandemic started. 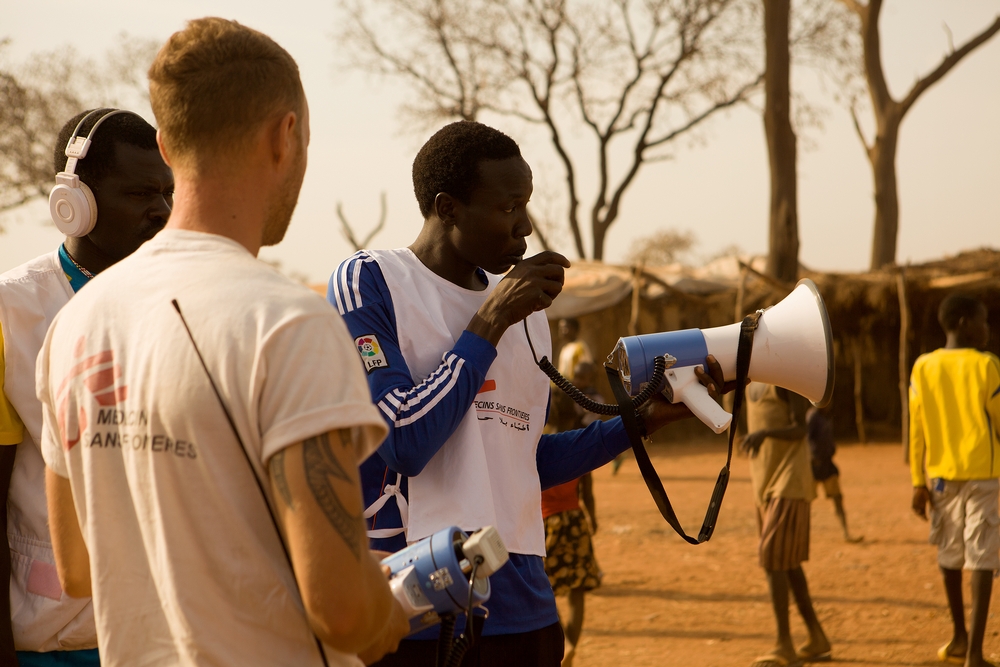 The hospitality in the community was incredible and many of MSF’s staff in the project are from the local community. We received countless invitations to weddings and other social gatherings and the community's openness allowed us to see the breath-taking beauty of Pakistan's culture.

On a typical day, I worked on various strategies with the health promotion team. I met with vulnerable groups who are more prone to contracting hepatitis C and to transmitting it within the community.

I had discussions with barbers, beauticians, fishermen, traditional birth attendants, dentists, and local practitioners on their practices and beliefs. These interviews were educational and inspired me to develop better strategies to deliver the services that people needed most.

I am however not immune to some bad days.

Some days frustration got the best of me. I remember struggling to find the best way to implement health promotion activities and to merge them with the “Bending the Curve” strategy. The latter is aimed to reduce the hepatitis C prevalence in Machar Colony to a minimum level within three years, a strategy being undertaken with partner organizations.

But even when things felt difficult, there was one specific day every month that I especially looked forward to. It was day of the active case-finding screening camp.

From fish factories to football fields

On each of these days, we would set up camp in a different place in the Machar colony. Setting up camp was an adventure in itself. The location could be a fish factory, a dera (gathering area in Pakistan culture), a community leaders’ house, football field, school, etc.

Just preparing for the camp was no easy feat, as it took one week to organize with the logistics team and coordinate with community leaders.

Throughout the day we would invite local people to be tested for hepatitis C using a rapid diagnostic test (RDT).

How to run a screening camp

Each person would come and register, before going to the lab table to get tested. In just 5-10 minutes they would get their results, and subsequently receive counseling based on whether they’d had a positive or negative test.

People were afforded privacy during counseling and strict confidentiality was adhered to with regards to their results.

My job was to oversee all these activities. That meant checking that people received quality, confidential counselling; that the team followed Infection Prevention and Control rules (ie, disposing of dressings correctly after the blood test); that the rented tables and chairs were clean; that the waiting area was not too congested, etc.

For teenagers ages 12-18, a consent form signed by an adult in the family is required before they are tested.

The flow of people on the men’s side of the camp was generally quite steady, but on the women’s side it was rather unpredictable. Culturally, it is hard for women to go alone to get tested. This meant that sometimes they would come together with friends and neighbours, sometimes with their children. All this directly affects the number of women who can  tested.

When the patient flow was low, and I didn’t have many things to supervise, I would sit down and talk to the women in the waiting area with my beginner-level Urdu.

Sometimes it was rather funny as some Pashtun women listened to me in Urdu and replied to me in Pashto. My colleagues would be looking at us and laughing.

My Urdu is very limited, but I made some efforts and took a short course which gave me a chance to manage a basic conversation. Communicating directly with people in the community was the highlight of my posting. It was heart-warming to  see their smiles and understand some of what they are saying without needing any translator.

At the end of the screening day, the health promotion team was also in charge of linking patients to care.

One common issue they faced was patients who had had a positive rapid test result but who did not go for the confirmatory test in the clinic.

In those instances the health promotion team would have to follow up. But in a slum settlement, even being armed with  contact details does not make locating people easy.

There are no house numbers, there are no specific street numbers, and people would sometimes provide landmarks or their father or husband's name instead of an exact address.

It was not unusual to hear someone say “near the mosque” or “by the tea shop” as their address. Thus, it was important that the patient tracer in the health promotion team was familiar with the community.

It was a strategic decision, and a blessing, to choose health promotion team members coming from the community as they make it everything easier for us to conduct outreach activities.

My team showed so much motivation and commitment and I cannot thank them enough for making me feel at home while I was in Pakistan.

I am afraid, if I don’t write it down, I will not remember how much I enjoyed my first MSF assignment in Pakistan. It was a bittersweet moment leaving my team knowing I might never see them again.

But being in MSF, we never say goodbye, we say “see you soon…”

What is a health promoter?

life in the field

Health promotion in Karachi: how a visit to a fish factory is helping to fight hepatitis C

Pakistan: First time in the field

Fighting Hepatitis in Cambodia: Yellow as a Duck

Cambodia: A Lot Happens On Our Days Off

Fighting Hepatitis in Cambodia: The mid-point