That's the sound of the evening call to prayer here in North Amran in Yemen.

It’s particularly relevant for the population today because it is Ramadan, it’s a Friday on Ramadan, and the evening call to prayer is the time when they can finally eat for the day having fasted, during the day time.

Today is even more exciting for people because the rumour is that there is a cease fire declared between the warring parties here in Yemen, its Ramadan ceasefire that’s been negotiated over the last weeks.

There’s now been three weeks of Ramadan with no cease, in the airstrikes and bombing in the area and the population had kind of got to the point where they really didn’t feel that there would ever be a ceasefire.

Today, there’s a strong rumour that it should start this evening, everyone is very much in hope of that.  There's been planes flying over still again today, no bombing in local area but bombing in other areas nearby.

Really this is a desperate population who just need some respite from the fighting, and to try and get through the month of  Ramadan and see how they’re getting on.

So now everyone is going to go and eat some food and try and catch up with each other and see how the day has gone and then carry on hoping that tonight will be a quiet night.

I can’t get no sleep

It’s midnight in North Amran in North Yemen. And I’m struggling to get some rest. I came down here to try and have a slightly more relaxing night than I had for the last week, but it being Ramadan and it being hot outside, most people sleep during the daytime and then after they have eaten their evening meal they stay awake most of the night.

There's been no electricity supply in the area for a couple of months at least, there was some patchy supply in March but after the airstrikes knocked out some of the electricity capabilities there's actually now really no mains power and people are completely reliant on generators. So it’s the generators in the neighbour's house which is keeping me awake.

I wouldn’t be so upset about that if I hadn’t spent the last week up in the mountains of Saada governorate in the north, in the very north of Yemen which is particularly affected by airstrikes.

I've been trying to support some of the peripheral health facilities up there, give them some training on how to manage the patients that they receive and they’re really not used to this level of trauma.

It’s been a really intense week and I've been camping out in an office of a hospital with the idea that it is the safest place to sleep, in the hope that wouldn’t be a target for bombing and it wasn’t really the most ideal sleeping location.

Again hot - on a second floor plenty of windows. Although you don’t feel like the hospital will be targeted, it’s still very difficult to sleep when you hear the sound of bombing going on all around you.

That was pretty much my week with journeys every day out to health facilities to try and give them some support, to donate some medical supplies, to train them on how to manage the injuries that they are seeing and of course at the same time, I myself see the injuries that come in.

One case in particular that really affected me this week was that a cave near one of the hospitals I’d been working in was hit by a missile from a plane. They brought in the only survivor - a 4 year old girl. She had a relatively minor wound but her entire family had been killed inside the cave along with some other families as well.

So as well as this one survivor, they started to bring some of the bodies to the hospital and that was a really intense experience because actually medically there was pretty much nothing I could do except to try and work out what was going to happen to this little girl and where she was going to go now.

In the end, one of the neighbours from the village took her home. I hope she is being looked after by somebody, but that level of trauma and experience is something I haven’t really been familiar with for a little while, it is very similar to my time in Syria a couple of years ago. Except in some ways out in the mountains up in Saada it seems even more remote and even more difficult to work out what the end point of this situation is ever going to be.

Yep, a pretty tiring week and really not happy now about lying awake listening to the generators of the next door neighbours, but I can’t really blame them for wanting to have some light while they are awake and going about their nightly business.

There are a few birds singing and a small child who’s walking a flock of sheep below my window, but even he is keeping pretty quiet.

Despite that, I really didn’t get the sleep that I was hoping for. I move around a lot in North Yemen.

I go to the places, in north Amran governorate and up in Sadaa governorate and it means I have contact with a lot of people and they send me text messages when there is something happening. These text messages happen any time, day or night, because they usually happen when there's been an airstrike and the airstrikes are completely unpredictable. We never know when they are going to happen day time or night time.

Last night, at midnight we were all hoping that the ceasefire that was supposed to be implemented for Ramadan would finally start.

But by 3:00 am I started to receive text messages saying that there were war planes bombing in Sanaa and in Sadaa governorate.

So, if the ceasefire ever started it held less than a few hours.

I haven’t had any more information yet, about whether people were killed or injured. That sort of information will be coming today from different people.

Really, really disappointed. Not just from not getting my night’s sleep that I was hoping for, but tommorow I am going back up to the mountains of Sadaa and I was hoping to get some constructive work done and a chance to finally deliver supplies, to be able to talk with people, to train people, and to help in some of the health centres without the constant threat of being bombed.

Last week, I was doing a training session and there was a plane dropping a bomb within a few hundred metres of the hospital. It’s impossible to try and work in that kind environment.

Obviously, I get very scared, it’s natural to be incredibly scared when there’s a war plane dropping bombs close to you. You can’t try and persuade people to listen to a training about how to manage casualties when they themselves are pretty much convinced that they are going to die.

Tommorow, I will go and try and work as much as I can. Within the limits of safety.

It’s also much more difficult to move when you know there might be a plane flying at any point.

Not the best morning even though it is nice and quiet. 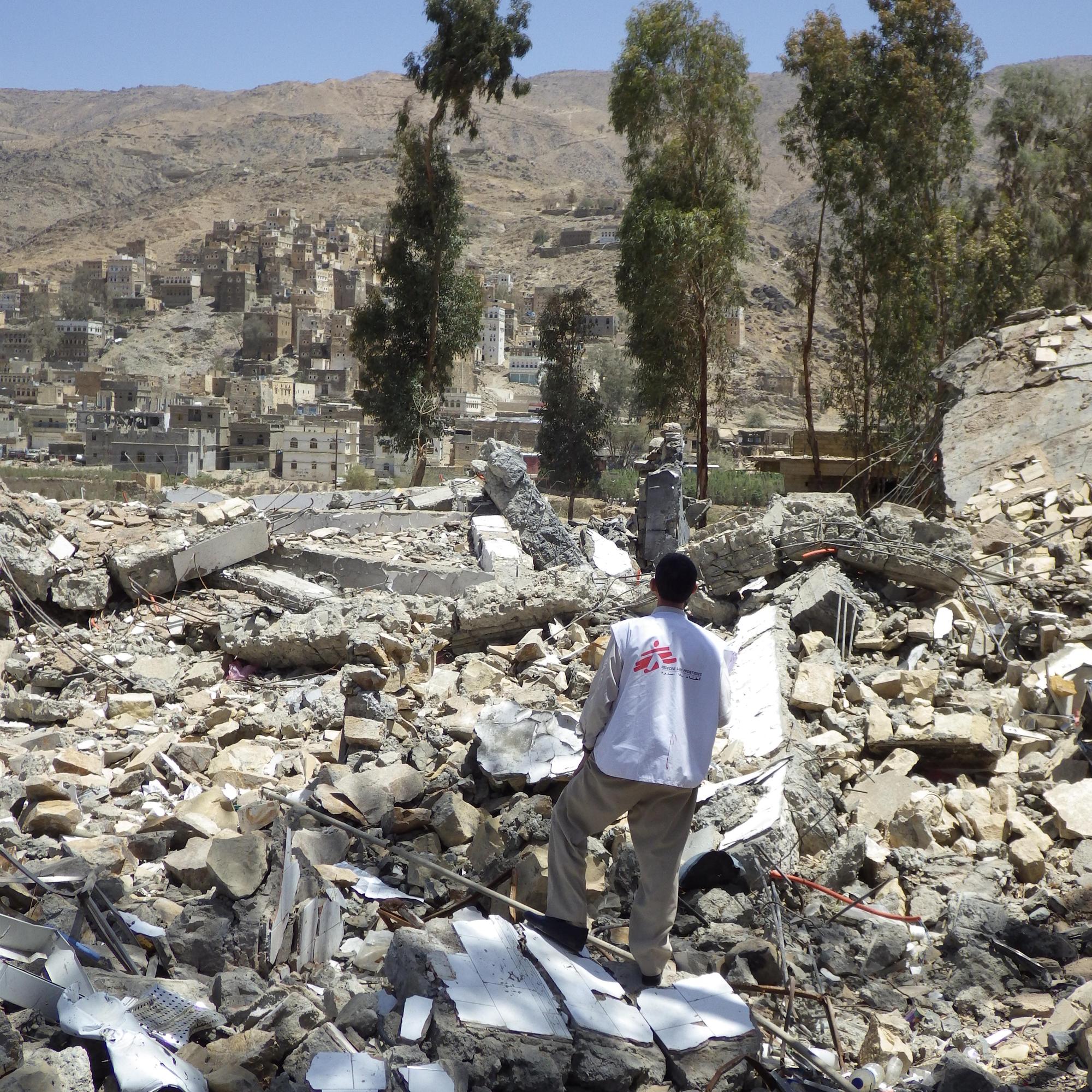