In 2007, when I was studying for a master’s degree in biology at the American University of Beirut, it did not occur to me that it would one day lead me to work for Médecins Sans Frontières. I thought they only wanted medical personnel.

I began working for the World Health Organisation. However, when I found out that MSF was looking for epidemiologists, I seized the opportunity and applied.

A new outlook on life

I have now settled in Jordan, where I work for MSF.

Despite being a neighbouring Arab country, taking up residence here has enriched my life in terms of culture and knowledge. Working with MSF has changed my outlook on life and allowed me to meet people from different walks of life.

I wondered many times if the MSF teams were not present, how tough would the population’s situation be?"

I am part of the technical unit that supports MSF projects across the Middle East. Our work consists of gathering and sharing information that will help MSF better respond to emergencies in future. We also conduct research test how well current MSF projects are working and what we can learn from them.

My daily tasks consist of analysing data, writing reports and training field staff. I also coordinate with the team to bridge gaps and revise innovations used in humanitarian action.

Heading into a war zone

Months after starting my job with MSF in Jordan, I faced a new experience: a short assignment in Yemen. I was to help gather information on the cholera outbreak there – the number of people affected by it and the numbers getting the necessary medical treatment.

Before travelling to Yemen, I was nervous and scared.

It wasn’t easy for a person who is not close to the world of medicine and nursing to head to a conflict area. Despite all this, I said to myself that no one can change his destiny. I was not the first or the only person heading to a war zone. Danger is everywhere.

So, we headed for Yemen.

At that time of year, in August 2017, the weather was scorching hot.

The Yemenis I met at the airport and in the MSF centre welcomed me with smiles. I realised immediately that being on assignment and working in emergency response was a dream for every individual in the organisation.

In Yemen, I moved between the towns of Hajjah and Abs working with staff at cholera treatment centres. I was overwhelmed with happiness each time I met new people and was able to forge friendships.

Under pressure in Abs

In spite of the extreme climatic conditions, and certainly the war, the people I worked with were eager to acquire more information to help MSF.

I am totally convinced that going through this experience was worthwhile. Helping a person improve their performance is an important step, especially if that step helps them save lives and alleviate suffering – especially in Yemen, a country that is experiencing one of the worst humanitarian crises in years.

Day after day, I realise that this organisation has a history of many sacrifices, offered up to help save lives."

As for the number of patients who were arriving at the Abs hospital? It exceeded the “surge capacity”. As Abs became a battlefield, our field hospitals and maternity units across the area were also made available for emergencies.

I wondered many times if the MSF teams were not present, how tough would the population’s situation be?

People living in the area used to have a long drive to reach the nearest hospitals in Hodeidah and Hajjah. However, our logistical teams were working hard every day to transport patients from where they lived to our hospital, despite the high-risk security situation. 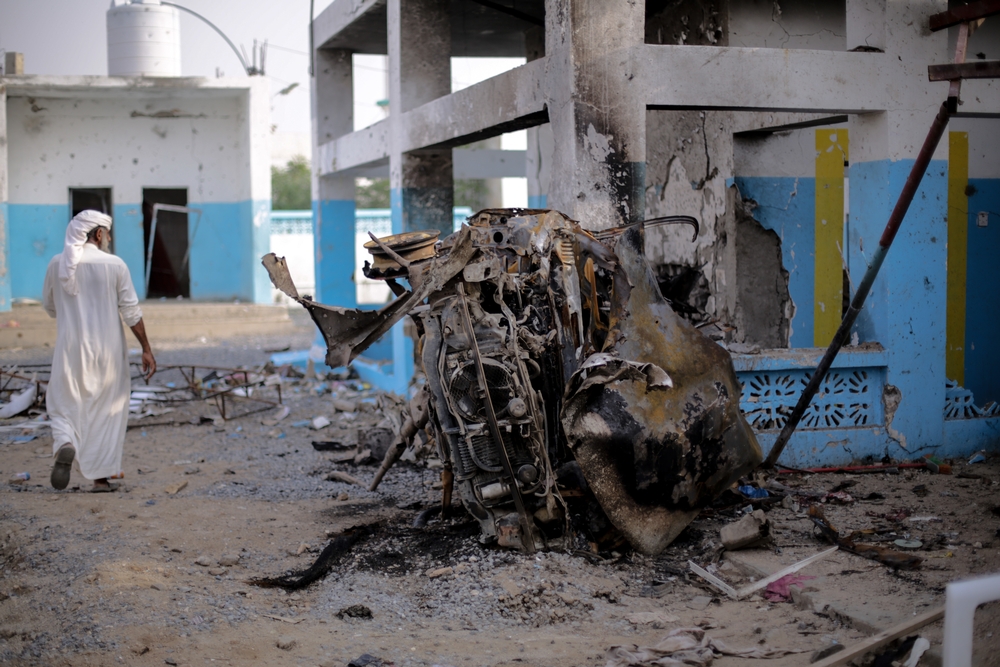 One of the most memorable moments was when we observed a minute of silence in the rebuilt Abs hospital, commemorating one year on from a devastating air raid on the facility in 2016.

The air raid had claimed the lives of 19 people and injured 24 more. Among them was a member of MSF staff.

A history of sacrifices

Day after day, I realise that this organisation has a history of many sacrifices, offered up to help save lives. I have truly noticed the importance of making a difference.

After I came back from Yemen, my colleagues were asking me dozens of questions about my experience. Some aspired to do something similar. In a setting like the MSF projects in Yemen, everyone learns how to be independent, how to think of simple matters and compare them with the daily living necessities and the suffering of the others.

I have now returned to my office in Jordan.

One of the major pieces of research I am working on is a study on psychotherapy for children. It will focus on kids aged between 8 and 14 years who are suffering from war trauma in the city of Al Ramtha, near the Syrian border.

I’ll conclude this blog by hoping that other opportunities will arise in future.

Cholera in Yemen: "Ali is fighting for his life"