The first few weeks in India were a whirlwind. I arrived in Delhi in the middle of the night, and have several briefings in a highly jetlagged state over several days. It turns out that there are quite a few Canadian field workers in projects in India (I believe 5-6, including myself) and was happy to connect with one during my time in Delhi.

After Delhi, I flew to Imphal, the capital of Manipur, and headed to Churachandpur - my new home for the next nine months.

Our project began in 2004, initially offering primary care services and since 2007, providing specialized care for HIV patients. Now, the project also offers tuberculosis (TB) and hepatitis C treatment, primarily to those patients who are co-infected with HIV and being treated in one of our three clinics in Churachandpur (CCpur), Moreh, and Chakpikarong (Karong). We also have a MDR-TB (multi-drug-resistant tuberculosis) outreach team for all three sites, and provide hep-C services to the district hospital and an opiate substitution centre in CCpur.

I’m overseeing a team of nine counsellors, four health educators, and a mental health supervisor (MHS). The team is split between CCpur and Moreh and I’ll be travelling between sites.

My team is very experienced and many have been with MSF a long time (some since near the beginning of the project). The advice I received from other MSFers is to take things slow. At times, managers come in and try to change everything right away without understanding the complexity of the projects. Ultimately, this is difficult on our locally hired staff. Locally hired staff account for 90% of MSF staff and are the holders of the historical knowledge and area context; they are really the backbone of the project. It was suggested that a better approach is to observe and learn in the beginning and slowly introduce new ideas that build on the existing structures and processes.

With this in mind, I have spent the first weeks trying to get to know staff, visit our project sites, and trying to understand the work that the team is engaging in.

One highlight has been that MSF opened a new clinic in Karong which was exciting for our team since previously we were working in a small space in a local community health centre. Another has been learning about the new initiatives (for this project) that the team is putting in place to provide a differentiated model of care for our patients - but I’ll talk more about this in future posts.

I also have spent some time in Moreh, our clinic which borders Myanmar. During my time in Moreh, I was able to visit some of our MDR-TB patients with our outreach team.

One lovely young woman I visited shared that she is from Myanmar and receiving her treatment here in Moreh. She is approximately two months into her nine-month treatment. This patient has a young daughter who is living with family in Myanmar and whom she misses dearly. Her biggest worry is that she won’t survive the treatment and be able to raise her daughter. She is fortunate to have a very good family support system and expressed her gratitude to the MDR-TB outreach team, who have been providing her with compassionate care and easing her anxiety throughout her treatment. 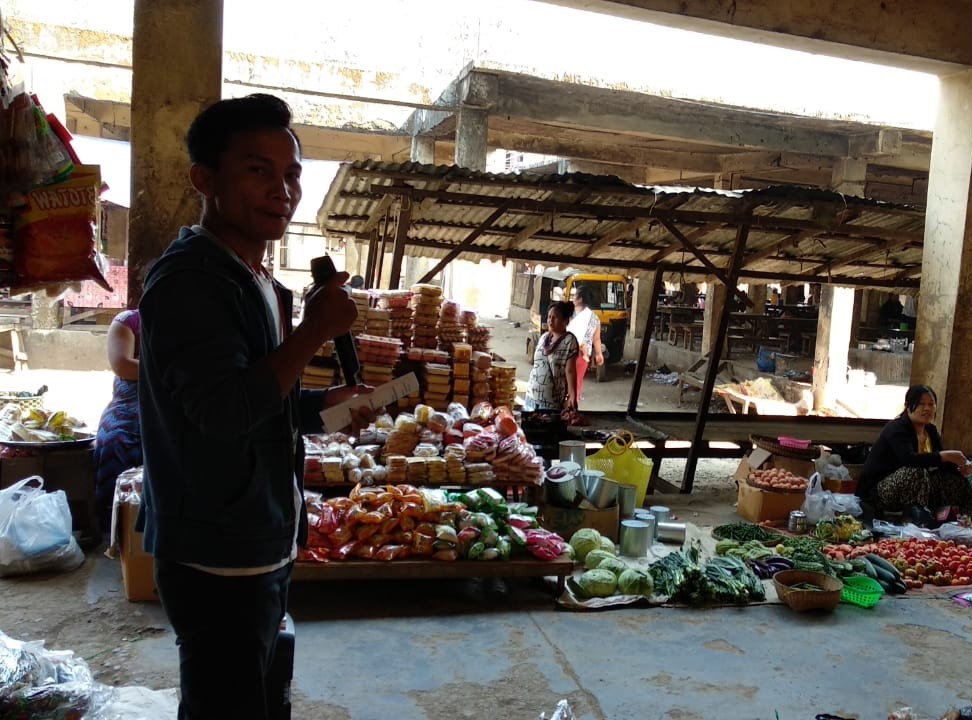 Another woman we visited shared that she learned about MSF while selling vegetables in the market. The health educators set up a speaker in the local market and provided education about TB, HIV, and MSF’s services. This woman came to the clinic after hearing the outreach and realizing that her symptoms might be TB. The team reports that she was very fragile and unwell when she arrived to the clinic and was diagnosed with MDR-TB. At the time of our visit, she was almost three months into treatment (and about to complete the injection phase of treatment) and appeared to be full of life, with the most beautiful smile. She is very motivated to complete her treatment and hopes to be able to return to selling in the market in the upcoming months, if her side-effects improve. 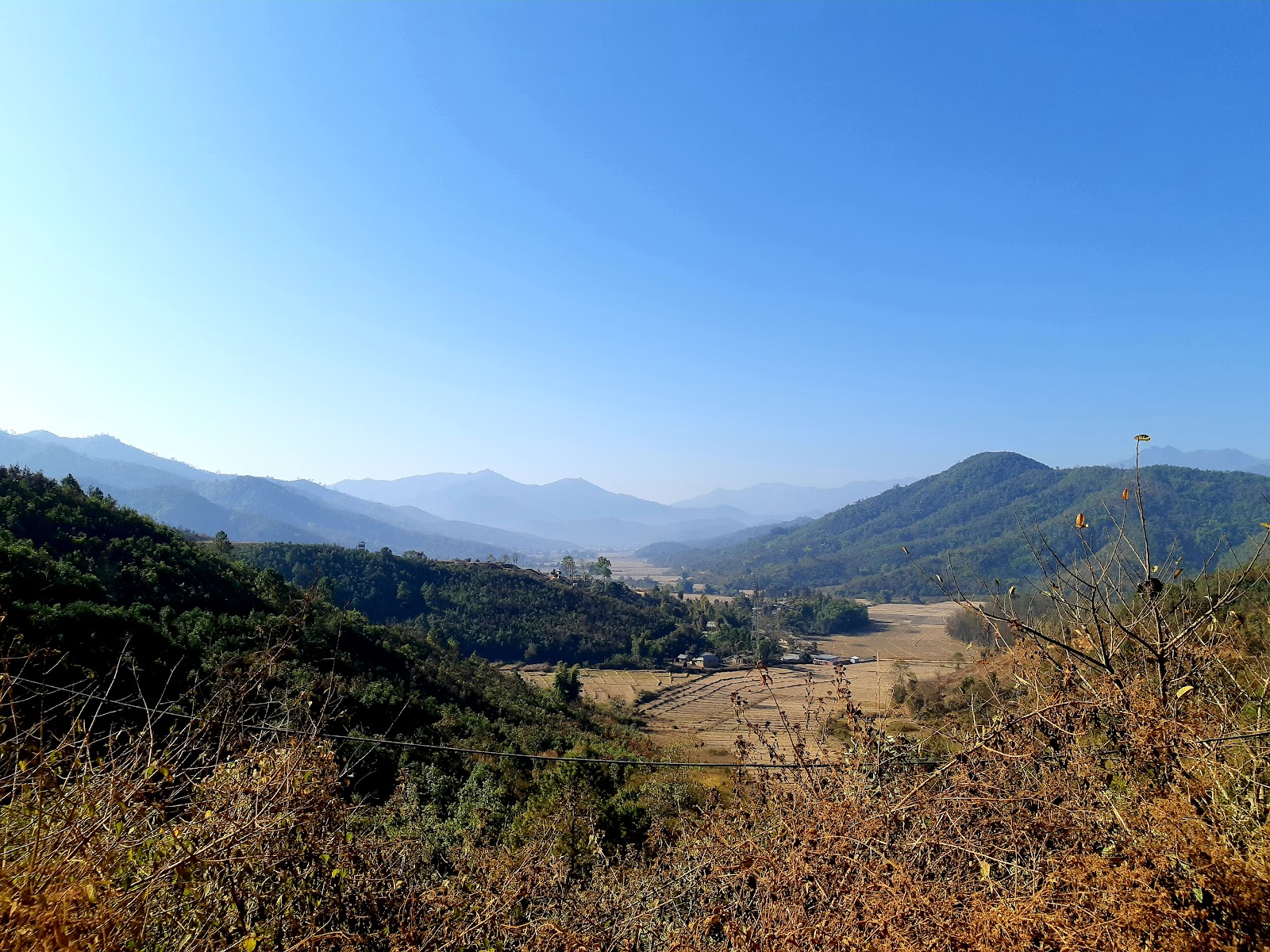 Outside the project, I’m adjusting to living in Manipur. Life is quiet. The work day begins at 7:30 a.m. and by 6:00 p.m. the town’s activities have mostly wrapped up. We have a ‘dawn to dusk’ curfew but fortunately I’ve been able to squeeze some regular runs in during the daylight hours. I’ve started my cross-stitch project which has been a good low-key activity in the evenings.

The team of international staff and specialists hired from other areas of the country are all lovely, and I’ve been able to find enough company to get out and explore on the weekends. The area is beautiful, surrounded by hills, and we are able to walk through some of the hill towns.

I also was able to visit Keibul Lamjao National Park - the world’s only floating national park! The food in the guest house is wonderful and, between the two towns, I’ve discovered a great cafe, a Burmese noodle place, and some great south Indian dosas. Overall, it's been a positive and I’m looking forward to what the next eight months bring.

"What I observed was a great deal of compassion and willingness to support each other."
08 May 2019
INDIA

All posts from Kayla

“I want to tell my story because I am alive”: Finding love and other cures in Ukraine

TB & Me: "Surviving TB, MDR-TB and the negligent system"

TB & Me: "I could not believe this could happen to me"

TB in Ukraine: "My treatment is going well"

TB&Me: "I met my boyfriend in the TB hospital"

TB&Me: "People have a real fear of the disease"