In Sokoto Children’s hospital in northwest Nigeria, MSF is working alongside the Nigerian Ministry of Health to provide specialist treatment and reconstructive surgery for patients with noma, a disfiguring and often deadly infection which mainly affects young children.

Ulcers develop in the mouth and as the disease spreads, these ulcers become gangrenous and destroy the bones and tissue of the face.

If left untreated, noma is fatal in 90% of cases.

Although medical treatment and psycho-social support are vital to patients who have contracted the disease, they are not the only aspects of the MSF project in Sokoto. Raising awareness of the disease, including simple steps that can help prevent it, and the importance of swift medical care for anyone who contracts it, are also key to reducing the suffering noma causes, so the project also includes outreach and health education / promotion.

MSF is currently piloting a new project in Sokoto, led by Annette de Jong and Suzanne Tesselaar. The aim is to help health promoters harness the power of interactive storytelling to help people learn about noma and to challenge perceptions of the disease that could be barriers to people accessing care.

What is the "Stories of Change" project?

We all tell stories. For a health promoter, they can be an important communication tool because they follow the natural patterns of social interaction in a community and can spread quickly among people.

Typically, health promotion activities focus on a specific message (e.g. the importance of hand-washing) and involve health care providers giving out information to communities based on bio-medical facts (e.g. to prevent the spread of pathogens). However, this approach can mean that local perspectives and local knowledge are sometimes missed out in developing and delivering health promotion activities.

Instead, developing joint stories between MSF health teams and local communities about health-related topics allows messages to be spread in a way that fits in with local practices – combining medical knowledge with local knowledge.

How does it work?

The first stage of the project was to train MSF health promotion teams in community participation and active listening skills, before they began a series of discussions and interviews with local people, asking them about noma.

A whole range of people shared their experiences and a total of 45 stories were collected by the team.

These stories were grouped together by theme into a story web, which allowed staff to better understand how people in the community perceive noma. The web covered everything from perceptions about where noma comes from to how it can be treated.

The interviews fed into the main objective of the project: the development of a new story co-created by community members and MSF teams, and one that promotes good health practice.

In four groups, community members developed new stories about noma, based on their experiences and knowledge. The groups decided on:

These four stories were analysed by MSF teams and one new story was created from the themes, issues and discourse. The ‘Story of Change’ had been created!

An excerpt from the finished story below shows how Mariya, a midwife, and a local Imam help persuade the family of Abubakar, a young boy suffering from Noma, to take him to hospital for treatment.

Last time Mariya saw the child, he had a swelling in his mouth and the gums were bleeding. Mariya told his mother to rinse his mouth with salt water. But now she sees the boy again and he looks terrible. His cheek has fallen off. Mariya is afraid the boy has Zaizayar Baki, also known as Noma disease. She has seen Noma before. It develops real quickly and the boy needs to be treated straight away. She tells the father and mother about Noma Children Hospital in Sokoto. Although Abubakar’s mother is very worried, she does not want him to go. She does not know about noma and she took the boy to the traditional healer, who gave him some herbs. They did not work. The healer told her the boy is suffering from Maci dan Wawa, the dumb disease. Dumb disease resists all medicine and does not want to go. Abubakar’s father cannot convince his wife to find treatment elsewhere and goes to see the village head. He gets the Imam and the traditional healer to discuss the problem. The Imam preaches in different villages and has seen how quickly noma destroys a face. He always teaches hygiene and how important it is to wash children’s hands and clean their mouth and teeth. His grandmother offers to take Abubakar to Noma Children Hospital, so his mother can stay home to look after Aisha and the land.

MSF health promotion outreach teams have been given additional training on delivering this story to the communities they are working in, as well as mapping the story’s spread to monitor its success. 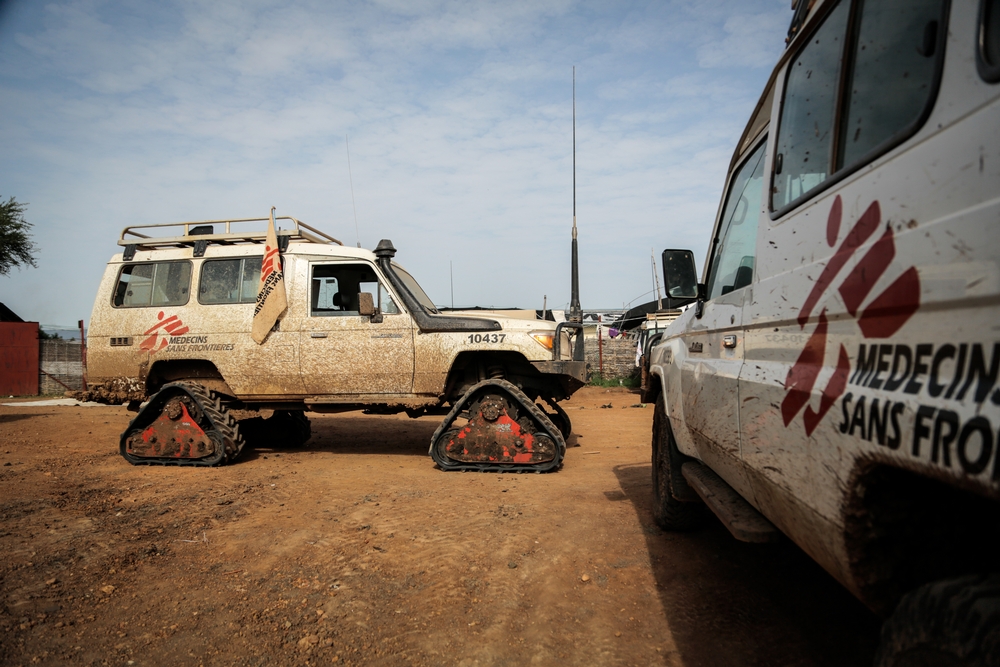 Continued evaluation will be done together with MSF epidemiologists to help determine whether the Story of Change project has reduced the number of noma cases and encouraged people to seek help earlier.

By co-creating knowledge, a grassroots level change can be produced in the most effective and appropriate way. It is by working collaboratively that MSF teams and the communities that they serve can create healthier societies, together.

This project was supported by the Sapling Nursery, an MSF fund that helps our staff develop new approaches to the challenges of providing medical aid.

Do you have a professional interest in this project? Email the team and let them know

Innovation: Can stories help to save lives?
14 May 2018
Nigeria

All posts from Kate